Get in touch with us

Demand for real estate in Israel is at an all-time high. As always, real estate in Herzliya Pituach, Jerusalem’s German Colony, or Tel Aviv’s exclusive Neve Tzedek neighborhood remains enduringly popular but what you may not know is that there are several other high-end developments across Israel that also offer great investment potential. 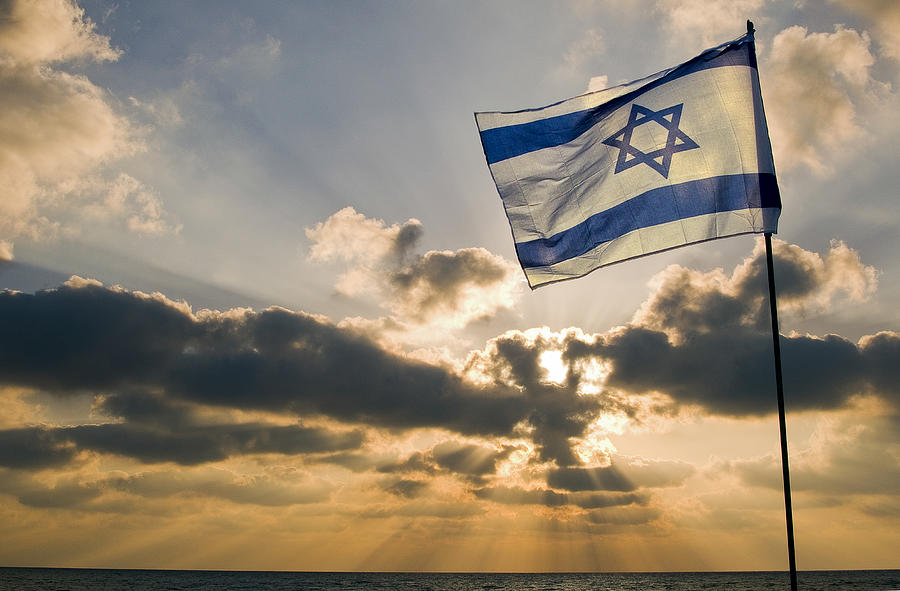 Demand for real estate in Israel is at an all-time high. As always, real estate in Herzliya Pituach, Jerusalem’s German Colony, or Tel Aviv’s exclusive Neve Tzedek neighborhood remains enduringly popular but what you may not know is that there are several other high-end developments across Israel that also offer great investment potential. As an added benefit, if you invest in a lesser-known project, you could find yourself a bargain too.

When it comes to an Israel property investment that offers value for money without compromising on desirability, two locations really stand out – Bat-Yam and the “Old North” of Tel Aviv. So, if you’ve been wondering where to invest in Israel, let us introduce you to some of the most desirable, up-and-coming real-estate in Israel.
‍

Bat-Yam – A Seaside Beauty Undergoing Extensive Regeneration
With its great location bang in the center of the country, a 3.2 kilometer-long coastal promenade connected to the Tel Aviv boardwalk, and six stunning beaches, this lesser-known wonder has the makings of a second Tel Aviv.

Urban Renewal at its best…

If you’re wondering why you haven’t yet heard of this hidden gem it may be because the city had fallen into disrepair. Fortunately, that is all changing with a progressive new municipality under the leadership of Mayor Tzvika Brot. Keen to make the city into an example of urban renewal at its best, multiple regeneration projects are underway. Visit the city today and you’ll find a hub of construction as older buildings get a “makeover”, having floors added, their exteriors beautified, and their foundations fortified. Lush green spaces, landscaped parks, outdoor facilities for leisure and sport, and accessibility provisions for people with disabilities are all part of the grand plan for a truly modern, livable, sea-side city.

Massive investment in infrastructure means the city will be conveniently connected to many of Israel’s main cities and business districts. The city will connect to the Tel Aviv light rail’s red line which will run from Bat-Yam in the south to Petah Tikva in the northeast – a significant portion of it underground.

Park Hayam, – The new neighborhood with something for everyone

A new neighborhood – Park Hayam – is currently under construction and is expected to attract a vibrant new population of both young and older residents. The carefully-planned out neighborhood will incorporate front-line sea views, ready access to the nearby commercial center, modern malls, excellent schools, and lots of open spaces. Pair all this with a light rail stop less than 200 meters away and a stunning boulevard leading right down to the beachfront and you can see why Park Hayam is a rising superstar on the Israel real estate investment scene.‍

The “Old North” – An Affordable Haven in the Heart of Tel Aviv.  A stake in one of the world’s most exciting cities.

Tel Aviv has a little bit of everything – miles of gorgeous beaches, culture galore, fascinating Bauhaus architecture, quirky lively people, nightlife on par with NYC’s, and a tantalizing food scene. If your heart is set on Tel Aviv (and who wouldn’t want a stake in the hippest, trendiest, most buzzing city in the world?) we have some great news for you. While some of its most in-demand areas are prohibitively expensive, the recently rejuvenated residential Old North is a still affordable, yet exceedingly attractive, prospect.

The area incorporates the former port which was re-opened after an extensive restoration and transformation in 2009 when, what was once a rundown neighborhood, was transformed into a cultural, entertainment and shopping hub with a sea-front board-walk and award-winning design.

Close to the port, Hayarkon Park, and the light rail, the Old North is an ideal mix of sea views, green space, and proximity to commercial centers. It’s been a magnet for the young and trendy for quite some time but its appeal to other sectors of society has been steadily growing, making it one of Tel Aviv’s most desirable neighborhoods.

Just a short walk away, you’ll hit miles of white sandy beaches and the busy tourist strip replete with hotels, beachside bars, and cafes. The Yarkon park – the city’s “green lung” – is also just a stone’s throw away. Compared by many to New York’s Central Park, the extensive green space is a haven for cyclists, joggers, picnic-makers, families, and pleasure-seekers of all kinds. The area is also within walking distance from some of the city’s major cultural attractions, such as the Tel Aviv Museum of Art, the Israeli Opera House, and the Israel Philharmonic Orchestra Auditorium.

The old North area also forms part of Tel Aviv’s White City – a collection of over 4,000 buildings acknowledged as a World Heritage Center by UNESCO that were builtin the 1930s by immigrant Jewish architects from Germany and other Central and East European countries following the classic Bauhaus style. Tel Aviv boasts the largest number of Bauhaus buildings of any city in the world and as such is a magnet for culture-seekers and art enthusiasts.‍

Ready for Something Different?
With so much regeneration and development going on from North to South and throughout the center, Israel has tons to offer the real estate investor. If you’re ready to be adventurous and seek out some of the lesser-known cities and developments, you’ll be amply rewarded with prime seaside real estate at a great price. 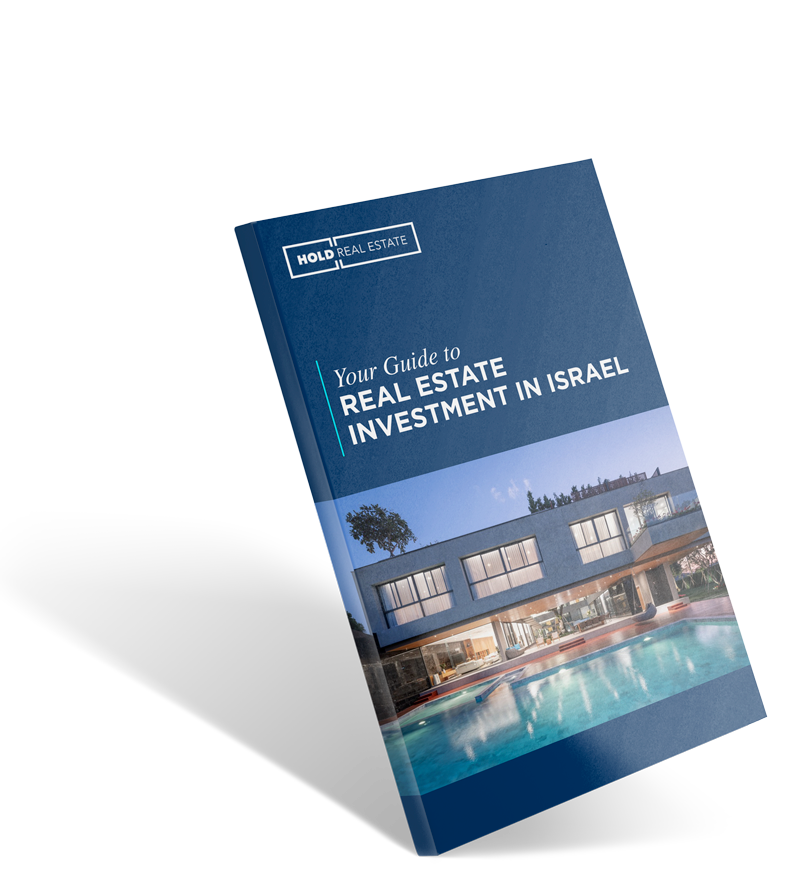 Fill out the form below to receive

Learn the basics about real estate investment in Israel. What your options are, what to be careful of, and what never to do!

Be an empowered buyer

Overseas investors would do well to get their heads around at least the most basic of the must-knows and property jargon before signing on the dotted line.Empower yourself not to get lost in translation by familiarizing yourself with the basic jargon. ...

get your pocketbook translator

You’ve heard the term “Only In Israel”, affectionately called OII for short, applied to that particular brand of Israeli-ness that is unique to this beautiful country. It doesn’t only apply to the character of the people and the place, but arguably to every element of living and doing business here too. And investing in property in Israel is certainly no different. Overseas investors would do well to get their heads around at least the most basic of the must-knows and property jargon before signing on the dotted line.... 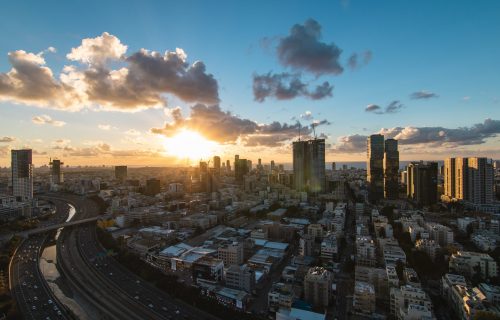 The increase in demand for property in Israel has e ectively resulted in a 10.5% increase in apartment prices, according to a recent Globes article, with Tel Aviv rising at a record rate that sets it apart from the rest of the country. Tel Aviv has essentially become a planet of its own with many investors still choosing Tel Aviv. Read full translated (GLOBES)...